‘FEAR AND LOATHING’ CHAPTER 9; IN WHICH THE FAT BOY RETURNS WITH HIS BALLS-OUT ACID HOUSE POOL PARTY. 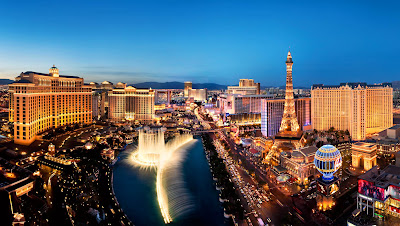 This memorial day weekend sees Norman Cook a.k.a Fatboy Slim return to Las Vegas to play the Marquee Dayclub @ The Cosmopolitan Hotel. Not only do we have a special Fatboy Mix for you to download, we’re also giving away a pair of ticket’s to an afternoon of unbridled disco deviance!

To be in with a chance of grabbing these tickets, simply join our facebook page HERE and enscribe FATBOY upon our wall…we’ll then pick someone at random and hook them up with some shiny tickets for some Sin City mayhem on May 29th!

Fatboy is best known for his number one albums ‘You’ve Come A Long Way Baby’ & ‘Half Way Between The Gutter And The Stars’ which delivered genre busting club-land anthems such as ‘Praise You’, ‘Right Here Right Now’, ‘Gangster Trippin’, & ‘The Rockerfeller Skank’…He’s since rocked stadiums and festivals around the world with his trademark big beat style, played to 250,000 on his hometown Brighton Beach, led the procession at Rio’s Carnival and now he’s hitting Las Vegas to kick-start what is set to be an electrifying summer!

04 – Weapon of Choice by VU_records

If your on the North American continent right now, you’d be crazy not to get involved with this! Go ahead and hit our facebook group to be in with the chance of winning these golden tickets!

“As your attorney I advise you to attend…. Fatboy Slim’s Las Vegas Take Over”