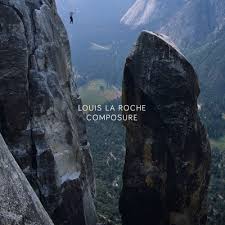 Louis Le Roche has been busy within in past year producing countless remixes, which has left a sizable gap since his last original productions. Released just this week, on his own label, is his genre-crossing EP, “Composure”. Known principally for crafting catchy tracks from samples, Louis has deviated from his own music crafting process to create, what he hopes, is a completely new sound and style. Read our track review below and decide what you think of his new direction.
The first track of the EP is the club friendly and – decidedly disco-house flavored “Dance with Me Tonight”. First track for a reason, this opens the EP with a bang and a bass line reminiscent of The Magician and Oliver combined. Pitch-altered vocals croon impossibly catchy lyrics to have your singing-self matching your dancing-feet. Download this track for free below.
Louis’ answer to boogie-funk is the track simply named “Keep in Touch”. A title conceived to remind listeners of this track’s past generational influences? We can only make our avid guess based upon the stacked old-school synths and inherently saturated ’80s tone. Seated comfortably in the vintage realm, this track still maintains that modern flare through crisp production and a unique range of effects and instrumentation.
With enough opening snares to evoke that trap connotation, “Looking Up”, by no means, falls into the unfortunate trashy, club nature of the entire genre. The 2-step sound and sweeping interludes elevate the track into ambiguous labeling territory to combine future-garage elements, funk and disco. Keeping a similar laidback tone is “Let Go” which reintroduces the nu-disco sound fans normally associate with Louis.
To round out this multifaceted EP is the track “So Good” which, despite some pretty relentless loops, keeps our attention with some sugary female vocals and funky guitar chords.
Louis crafted exactly what he hoped to achieve with “Composure”, tracks with a vintage tinge and a modern twist – and just in time for the summer season. Don’t forget to download the free intro track and enjoy!