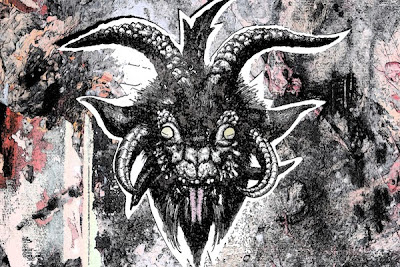 I’m usually not one for the dubstep to be completely honest, but ever since I first heard Rhinoceros Boy‘s “Sax Maestro” over summer, I’ve been a believer. And so when the elusive Rhino Boy sent me a message with a new track he’d been working on called “Gelgamek Vagina”, I was definitely intrigued. He told me it was just some crazy shit he had made. And yeah, he was right. He says, “Dubstep often prides itself on being dark, deep and scary and there is nothing filthier, deeper or more horrifying than a Gelgamek’s vagina.” I don’t even want to look it up. If you do, don’t post it here please.

Check out the official debut of Rhinoceros Boy by playing it below, and if you’re into it, you can pick it up at Beatport. It’s dope and it’s perfect for the season we’re in. Enjoy!